Believing in the Bible

Just ran across this column from Bart Ehrman at the Washington Post site.  Excerpts:

The idea that to be a Christian you have to “believe in the Bible” (meaning, believe that it is in some sense infallible) is a modern invention. Church historians have traced the view, rather precisely, to the Niagara Conference on the Bible, in the 1870s, held over a number of years to foster belief in the Bible in opposition to liberal theologians who were accepting the results of historical scholarship. In 1878 the conference summarized the true faith in a series of fourteen statements. The very first one — to be believed above all else — was not belief in God, or in the death and resurrection of Jesus. It was belief in the Bible….

To make faith in the Bible the most important tenet of Christianity was a radical shift in thinking — away, for example, from traditional statements of faith such as the Apostles Creed and the Nicene Creed, which say not a word about belief in the Bible….

Here are the historical realities. Christianity existed before the Bible came into being: no one decided that our twenty-seven books of the New Testament should be “the” Christian Scripture until three hundred years after the death of the apostles. Since that time Christianity has existed in places where there were no Bibles to be found, where no one could read the Bible, where no one correctly understood the Bible. Yet it has existed. Christianity does not stand or fall with the Bible.

And so, biblical scholarship will not destroy Christianity. It might de-convert people away from a modern form of fundamentalist belief. But that might be a very good thing indeed. 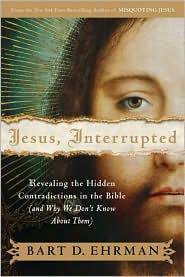 I think Ehrman is being a little coy.  If you read the introduction to Misquoting Jesus, you get a brief version of Ehrman’s faith journey, which basically boils down to “I was a conservative, Bible-believing Christian for a while, and because of that I got deep into Biblical scholarship, and what I learned about the Bible turned me agnostic.”  I don’t think he’s lying here–he certainly knows that there are a lot of Christians who take a liberal or post-liberal stance toward the scriptures but are still guided by a deep faith in Jesus.  I’m one of them.  But I think if Ehrman were really pressed on this point, he would admit that while there are people who accept Biblical criticism while retaining Christian faith, he himself doesn’t find that position tenable.

I don’t want to pick on Ehrman too much.  I’m pretty appreciative of his books, which essentially take the basic Biblical information you’ll learn in a mainline seminary and make it accessible to a mass audience.  We ought to be discussing the difficulties with the Bible in church more, and it really isn’t Ehrman’s fault that some people learn this information and drift away from faith.  (As per this post, I think it’s the fault of the kinds of churches who essentially make their congregants choose between believing in inerrancy or becoming an atheist.)  But he ought to be a more honest about the reality that his books certainly will provoke a faith crisis in a fair number of his readers, if not an outright rejection of Christianity.