Atheists Think the Only Real Christians Are Fundamentalists 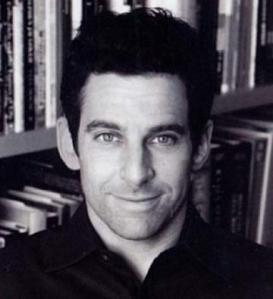 Author Sam Harris. This picture, like his worldview, is black and white.

I wrote before that “there’s a pretty thin line between Fundamentalism and Atheism,” and “It is the Fundamentalist position that there are only two coherent worldviews: Fundamentalism or Atheism.”  What I should have mentioned is that most atheists I interact with think that the only legitimate form of Christianity is Fundamentalism, and they continually read the Bible just like fundamentalists, do, only without faith.  Granted, that’s a big difference, but it’s important to note that the reading strategies are identical.  Atheists and fundies agree that the presence of contradictions or historical inaccuracies in the text would disqualify the Bible from functioning as divine scripture, which is why one side tirelessly compiles lists of Biblical errors and the other side tirelessly seeks to reconcile them all.  The reason that game goes on and on, unendingly, is that they are working from the same Enlightenment rules.  And it’s a pretty dumb game for Christians to play, since the rules stipulate that the other side only has to score one point to win the game.   If we don’t plausibly explain away every single alleged contradiction, we lose.  And you already know that I don’t think we can do that.

Or take the opening paragraph of Sam Harris’ Letter to a Christian Nation:

You believe that the Bible is the word of God, and that Jesus is the Son of God, and that only those who place their faith in Jesus will find salvation after death. As a Christian, you believe these propositions not because they make you feel good, but because you think they are true. Before I point out some of the problems with these beliefs, I would like to acknowledge that there are many points on which you and I agree. We agree, for instance, that if one of us is right, the other is wrong.  The Bible is either the word of God, or it isn’t.  Either Jesus offers humanity the one, true path to salvation (John 14:6), or he does not.  We agree that to be a true Christian is to believe that all other faiths are mistaken, and profoundly so….

As a work of propaganda this is marvelous, and surely effective.  All Harris is doing is pointing out that he and the fundamentalists he is addressing share an identical black and white worldview.  He doesn’t have to persuade them to play by his rules–they are already on board.  All he has to do is play the game better than they do.  Actually, he doesn’t even have to do that, since they’ve implicitly agreed to the “if I score one point against you, you automatically lose” rule.

The really clever thing he does comes soon after, on page 5.

Here, we need only observe that the issue is both simpler and more urgent than liberals and moderates generally admit.  Either the Bible is just an ordinary book, written by mortals, or it isn’t.  Either Christ was divine, or he was not….At least half the American population understands this.

This follows up on something he writes on page ix, in the introductory “Note to the Reader”:

In Letter to a Christian Nation, I have set out to demolish the intellectual and moral pretensions of Christianity in its most committed forms. Consequently, liberal and moderate Christians will not always recognize themselves in the “Christian” I address. (emphasis mine)

Brilliant!  He not-very-subtly flatters his intended audience by declaring that fundamentalist/conservative evangelical Christianity is the most committed form of the faith.  He knows that if he can convince his readers that all the really serious Christians are inerrantists, his work is almost done.  He’s narrowed the field down to two options, one of which he’s pretty sure he can obliterate, even while he’s smiling and speaking softly the whole time.

Needless to say, Pope Benedict XVI might not be so quick to agree that the most committed Christians are fundies.  Or the Metropolitan Christodoulos of the Greek Orthodox Church.  Or the Episcopal priests I know who are doing poverty assistance in struggling urban neighborhoods.  Or the pastor at the Disciples of Christ church down the road who is active in homeless assistance.  Harris wants to measure commitment not by “perseverance in following the example of Jesus” (which seems like a reasonable definition to me), but by “adherence to a literalist reading of the scriptures.”  There’s no necessary link between the two, and if you were to tell most of the early church fathers that the only really dedicated Christians were strict literalists you’d have to wait for them to stop laughing before they could give you a cogent response.  In fact, the whole historical-grammatical interpretive paradigm only develops in the most recent four or five hundred years of Christian history, and really became prominent in the last three hundred.  That might seem like a long time, but for most of Christian history, the brand of Christian identity that Harris considers “the most committed form” didn’t even exist.

Lunch break is over…I’ll continue this line of thinking later.

5 responses to “Atheists Think the Only Real Christians Are Fundamentalists”